I heard this story many years ago about the composer, Ludwig van Beethoven. 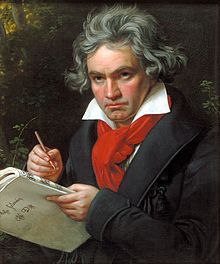 Having been inspired by Mozart from an early age, Beethoven was determined to become a great musician and composer.

He was celebrated as a brilliant virtuoso pianist by the time he reached his mid-twenties.

As he rose to fame, Beethoven unfortunately started to gradually go deaf from around the age of 30.

In the last few years of his life, his music started to sound more and more strange to others who heard it. People no longer enjoyed listening to his music and he became less and less popular.

Someone once asked Beethoven something along the lines of, “What is this you’re playing? It doesn’t sound right”.

To which Beethoven replied, “My music is not for your time”.

And as we know, today, Beethoven’s best pieces, the ones everyone knows about today, were written after he became deaf. He wrote “Ode to Joy” in 1824, just 3 years before he died.

Feel free to play the above tune while you read the rest of the article :)

I hate most classical music, yet Ode to Joy is probably the best piece of music I’ve ever heard!

Beethoven was ahead of his time, and he knew it.

There are other examples of great people who were ahead of their time, the artist Pablo Picasso, the scientist Nikola Tesla, and others.

These people were not revered during their time, nearly as much as they are now. Often, they were even outcast by their society (e.g. the philosopher Socrates) and their teachings were only appreciated long after they died.

When it comes to the world of body sculpting–reducing body fat, building muscle, and looking your best and leanest, the one person who was most ahead of their time, was the legendary Vince Gironda. 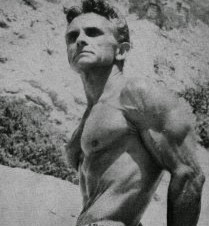 Back in the 1950’s through to the early 1970’s, Vince Gironda racked up the longest list of body transforming success stories anyone had ever heard of.

If you wanted a great body, you’d go to Vince.

Celebrities, professional bodybuilders, and people from the general public, all flocked to Vince’s gym in the hopes that Vince would train them. Even the great Arnold Schwarzeneggar went to Vince’s gym, hoping to be trained by Vince..

Despite Vince’s success at transforming people’s physiques, many of his ideas were ridiculed and made fun of at the time. Just like Ludwig van Beethoven’s musical compositions were criticized in his later days, and then heralded as some of the best musical pieces of all time long after he died, so are Vince Gironda’s ideas only now being proven by science to be true.

One of Vince’s many ideas was that when it comes to body sculpting, diet is 85% of the game.

This is something a lot of guys who love their food, don’t like to admit. But trust me, once you believe it, once you get your diet in order, your body will soon start to change.

If you want to lose man boobs, you’ve gotta get focused on your diet.

And I’m not talking about starving yourself or going on a low calorie or low fat diet.

Vince Gironda said you should stop counting calories and start count grams of carbs instead. He was a proponent of a high fat, low carb diet, which is something the studies now are showing is the best way to reduce body fat.

When it comes to losing man boobs, studies show that a high fat diet is ideal for keeping your testosterone levels elevated in the long-run (since testosterone is made from cholesterol, which comes from fat in your diet).

In my experience with helping guys to lose man boobs, I’ve found that diet is at LEAST 85% of the game when it comes to losing man boobs.

This is why I have lately been focusing on helping you to get your diet in order.

The first thing I did was write a short report with 5 powerful grain-substitute recipes. These recipes will help you ditch grains like rice, wheat and flour, which are the primary source of bad, fattening, man boob forming carbohydrates in most people’s diets.

You can learn more about these recipes here:

What I’ve been working on since I released those grain substitute recipes, is finding DELICIOUS food that both helps you lose man boobs, and is delicious enough to replace your favorite fat-forming foods, the likes of pizza, burgers, and french-fries.

I’ve come up with 5 new man boob reducing recipes that are so delicious, that if you had to choose between one of these man boob reducing dishes, and say, the best pizza in the world, you would happily choose the man boob busting dish (I’m serious, these new recipes really ARE that delicious! Yes, better than the BEST of pizzas!)

Now I’m not saying these outrageously delicious man boob busting dishes will make you quit junk food forever. I personally still enjoy the occasional pizza and doner kebab. What I AM saying, is these recipes will at the very least, significantly reduce your intake of bad, man boob-forming dishes like pizza, pasta dishes, burger with french fries, fried chicken, etc.

And if you DID decide to never eat pizza again, as long as you’re able to fill your need for great-tasting food with these 5 new delicious man boob busting dishes, you wouldn’t feel one bit deprived.

You can get your hands on these recipes here:

And remember, according to the man ahead of his time, Vince Gironda, body sculpting (including losing your man boobs) is 85% diet.

So get to sorting out your diet already, and you'll soon notice your body taking on that shape you've always hoped it would.

2 thoughts on “A Timeless Diet Tip For Losing Man Boobs”