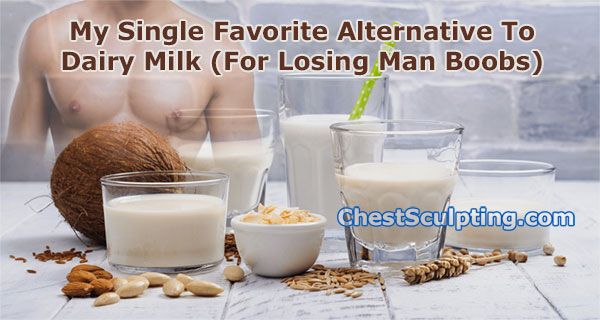 If you have man boobs, then most forms of dairy — especially pasteurized grocery store milk — is one of your worst enemies!

Women who drink lots of milk, commonly complain of a feeling of breast fullness and tenderness. As a guy, you may not FEEL it as much, but if that milk isn't actively growing your man boobs, at the very least, it's making it near-IMPOSSIBLE for you to lose your man boobs.

It's four times as bad if the milk you drink is non-organic. Non-organic dairy cows are usually treated with synthetic hormones to make them produce more milk. It's common knowledge that milk from hormone-treated cows contains more female hormones like estrogen.

And it's not just conjecture, honest. There are scientific studies that show a direct link between milk consumption and a more feminine hormone distribution in men (i.e. high estrogen and low testosterone).

In a 2010 study published in the journal, Pediatric International, seven men, and six pre-pubertal children drank 600 ml of milk and had their urine and blood tested before drinking the milk and at multiple time points after milk intake.

The results of the study were very worrying.

All participants had significantly increased blood levels of all female hormones including estrogen and progesterone as well as a sharp decline in serum testosterone.

The truth is, when it comes to milk, we've all been sold a big fat lie.

When I was growing up, milk consumption was encouraged to no end. It was advertised as being good for your health, good for growth, and giving you strong bones. Everyone in my family used to have cereal for breakfast, and we all drank a big glass of milk before going to bed.

Little did I know at the time, that I wasn't drinking all that milk for my health, but rather to help boost the profits of the multi-billion dollar dairy industry.

When I broke my leg in a road accident at the age of 13, my doctors encouraged me to drink lots of milk to help with my recovery. Despite drinking gallons and gallons of milk, I ended up with what's called a “non-union”, where my bone never really healed up properly.

As a result of this non-union, I ended up breaking my leg again at the age of 18 during a simple game of tennis. This time it took 3 long years before I would walk properly again, because the doctors had to remove 2 inches of dead bone.

And all this time I was drinking gallons and gallons of milk.

No wonder I ended up with man boobs.

And yes, milk does NOT make your bones stronger. There is no evidence for this, studies in fact show that the people with the toughest bones exist in nations where milk consumption is at its lowest.

All this encouragement of milk consumption here in the West, and yet rates of osteoporosis are higher than ever!

I should go back and SUE those stupid sons of a bitch doctors for negligence, for giving me bad advice. But I prefer not to dwell on the past, it brings back too many bad memories.

Anyway, hey, enough with my rant on milk. I think you get the picture.

But if you want good health, if you want to lose those man boobs and get the body you want, pasteurized store-bought milk is one of those luxuries you're gona have to give up.

Grocery store milk is one of those foods you should avoid COMPLETELY. You've really gotta get this stuff out of your system. Don't have it on your cheat days. Don't even have a couple of drops in your morning tea.

The one type of dairy milk I recommend is raw milk from organic grass fed cows. More on this here. However, raw milk is difficult to get hold of, it's illegal in many US states and in many European countries, and if you don't source it carefully, raw milk can carry dangerous bacteria such as Salmonella, E. coli, Listeria, and Campylobacter (though sourced correctly, it's far safer than health officials make it seem, more on the safety of raw milk here).

Some Powerful And Great-Tasting Alternatives To Dairy Milk

Fortunately, there are some great alternatives to dairy milk, and I've recently discovered one that tastes AMAZING!!! Maybe even BETTER than dairy milk!!!

Before I tell you about this AMAZING dairy milk alternative, here are a couple of good alternatives. 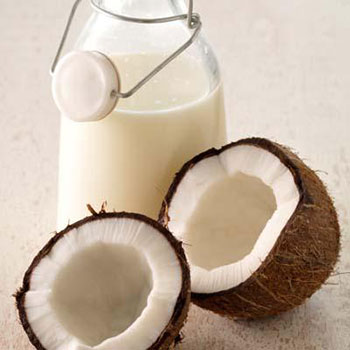 A popular alternative to dairy milk is coconut milk.

The trouble with coconut milk is it's too heavy and has an overpowering coconut taste. I'm yet to try all the different brands out there though, so do feel free to try some for yourself and let me know which you like best. 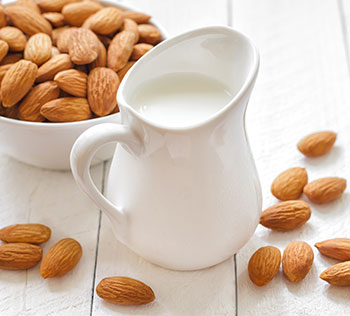 Almond milk is a very common one used by health enthusiasts. It's a great source of protein, healthy fats, and good vitamins and minerals. Studies show that almonds are great for boosting testosterone, so I highly suggest you incorporate almonds and almond milk into your diet.

And by the way, when you go looking for these milks on the grocery store shelves, please be sure to get the 100% natural stuff, not the stuff that's 20% coconut milk, and 80% additives with artificial sweeteners, preservatives, and other chemicals. Always read the ingredients label.

I always suggest that you make your own nut milks. It's actually very easy, it works out cheaper, and you know EXACTLY what's going into the milk.

Now, you're probably wondering what this awesome alternative to dairy milk I've discovered is.

By Far The Most Delicious, Creamy Alternative To Dairy Milk

This alternative is CREAMY as hell!

Yet not so creamy that it feels overpowering.

To me, it feels just right. It's way more creamy than almond milk, more creamy even than dairy milk, yet not so heavy as to make you feel sick like coconut milk does, and it doesn't have an overpowering taste.

Also, another awesome benefit to this milk is that it contains selenium!

What's so cool about selenium?

How cool is that? Two birds with one stone! – You get to drink a great-tasting milk alternative that does't raise your estrogen levels, AND it boosts your testosterone levels at the same time!

Wanna know what it is? 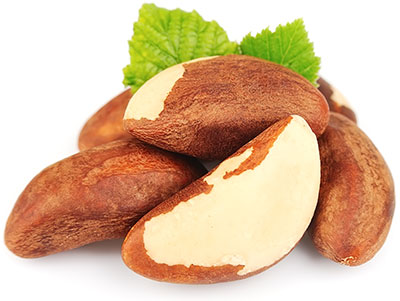 After having made a few batches of my own almond milk, I wasn't too sure using a different nut like Brazil nuts, would make much of a difference, even after I heard some people rave about Brazil nut milk.

But then I tried it for myself just last night, and it tastes fabulous!

I've mixed it in with my tea (which I'm sipping right now as I type this), and it tastes a hell of a lot better than all the other milk alternatives I've tried!

So, if you're looking for a great dairy milk alternative, go give Brazil nut milk a try.

I like this stuff so much, that I've compiled a detailed write-up on a powerful Brazil nut milk recipe you can quickly whip up at home. You can access this page in the Chest Sculpting Secrets Members Area, which you'll have access to once you get a copy of How To Lose Man Boobs Naturally.

If you haven't gotten the program just yet, go get yourself a copy and start enjoying the delicious creamy taste of your own home-made Brazil nut milk today, while boosting your testosterone and losing your man boobs at the same time.

Get this program here:

Simply scroll down to the bottom of the above page and hit the Add To Cart button to make your purchase. Once you've made your purchase, you'll be immediately redirected to a page where you can access your purchase, including the Chest Sculpting Secrets Members Area where you'll find my special Brazil Nut Milk Recipe.

NB: If you've already purchased How To Lose Man Boobs Naturally, please go to the download page you received via email, and scroll down to the bottom for access to the new Chest Sculpting Secrets Members Area. Please do get in touch if you need help.