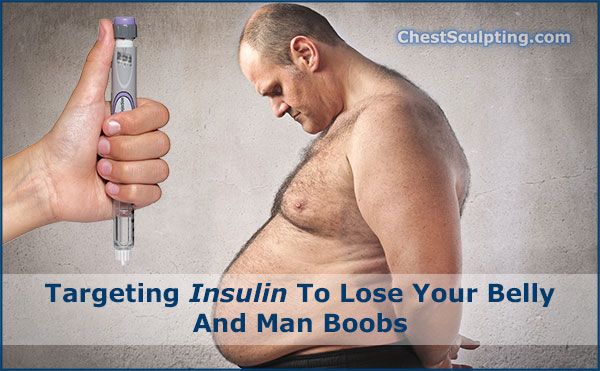 Like estrogen and testosterone, insulin is a hormone. Hormones play a huge role in determining the way you look. The very reason you have man boobs is because of a hormone imbalance. The only reason girls grow breasts during puberty is because the estrogen increase in their body is far greater than the increase in testosterone. The only reason boys get more hairy and muscular during puberty is because testosterone increases 10 times more than estrogen does in boys. It's all about the hormones.

The reason most diets fail is because they totally ignore hormones.

They treat the body like a simple machine, say a car. They talk about “calories in VS calories out“. Man, the number of so-called ‘experts' I hear say “it's all about burning more calories than you consume”. If only it were that simple… then I wouldn't know dozens of people (me included), who have deprived themselves of calories for months on end, with very little weight-loss whatsoever. You lose some weight in the beginning, but somehow your body just seems to adapt to the low intake, and you stop losing more, and even end up gaining back what you lost in the first few weeks. This despite strictly maintaining a low calorie intake.

I personally also tried doing cardio to increase my calorie expenditure. I cycled for 2 hours straight 6-7 days a week for over 8 months. I lost some weight at first, but just like with a low calorie diet, my body just adapted, I stopped losing more weight, and ended up gaining back what I had lost. I was ready to give up at that point, because I thought my body was just designed to be fat… until I discovered the power of hormones – something a simple machine like a car doesn't have to worry about.

Just like the way hormones decide whether you grow breasts or muscles during puberty, it is hormones that decide the way you look as an adult – whether you are fat, or trim and muscular, whether you have man boobs, or a perfectly flat, chiseled, masculine chest.

You control your hormones with the type of food you eat, the type of exercise you do, the chemicals you expose yourself to and the type of lifestyle you follow.

All four areas are interdependent, meaning changing one will affect the others, but the one area you and I are most interested in is the production, utilization, and storage of energy. Hormones like testosterone and growth hormone for example, will stimulate the break-down of fat from fat cells to use as energy for cell repair and tissue growth.

Insulin Is More Important Than You Think

The thing is, when it comes to energy production, utilization, and storage, all other hormones are secondary to the role of insulin.

Back in the day, physicians looked at insulin as having just one single primary role in the body, the same role we're all taught in high school biology – the removal and storage of sugar from the blood after a meal. But we now know that insulin plays many more very important roles in the human body – ones they don't teach you in high-school.

If you were a really keen student in high school, you may remember that insulin takes sugar away from your blood and stores it in your liver and muscles by converting it to a molecule called ‘glycogen'. But what a lot of people don't know is that insulin is also the primary regulator of fat metabolism.

When your liver and muscles are stocked up plenty with glycogen, insulin instructs your liver to convert any further sugar in your blood into fat in the form of triglycerides. These triglycerides are then stored in fat cells and, well… make you fat.

Insulin is also a very potent inhibitor of the breakdown of both fat and glycogen. In short, insulin is the single most important hormone that coordinates everything having to do with the storage and use of nutrients.

The secret to fat-loss then, is to eat in a way that keeps those insulin levels as low as possible.

I've had clients who have tried all manner of different diets and exercise regimens to try and lose weight for half a life-time. All I had to do was to switch these guys onto an insulin reduction diet, and their weight dropped off like magic in just a few weeks! And a good portion of these guys did it without even exercising!

You'll be happy to know that an insulin reduction diet doesn't require calorie-restriction. You don't have to count your calories, and you don't have to watch how much you eat. You can eat as much as you want. It's worth noting though that reducing your insulin will automatically reduce your appetite, so you'll be eating less without even trying. 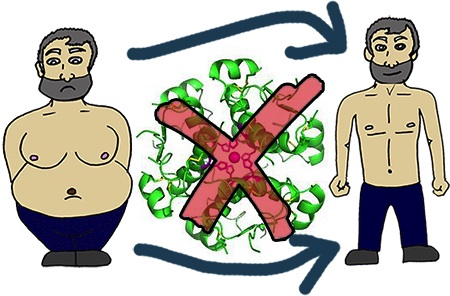 The one most important variable to change is changing what you eat. And don't worry. It doesn't involve going vegetarian or vegan. You don't have to live on a bowl of salad a day. That would require too much willpower, and I'm glad to say the insulin reduction diet requires very little willpower. Although you are prohibited from eating certain types of very delicious foods, you make up for it by replacing these foods with other equally delicious foods.

The issue of insulin resistance and insulin sensitivity can get a tad confusing. In one sentence, resistance is bad, sensitivity is good. It's easy to think it's the other way round, since if insulin is bad, then you want your cells to be resistant to it right? Wrong.

Insulin resistance leads to type II diabetes. As you load your body with carbs, over the years your body's cells become resistant to insulin, and don't take up nutrients as readily as they used to. Your body still has to get rid of all the glucose in your blood, so it responds by releasing yet more insulin. As a result, insulin resistance leads to chronically raised levels of insulin in your body. This insulin inhibits fat-burning enzymes – HSL, CPT-1 and others – making it difficult for you to lose weight.

If on the other hand the cells in your body are highly sensitive to insulin, you improve your glucose clearance, and your liver only has to release small amounts of insulin to get the job done. This means lower levels of insulin in your body, and very little inhibition of the fat-burning process.

Next Article: The One Nutrient To Avoid, And Why The Anti-Fat Movement Is A Sham