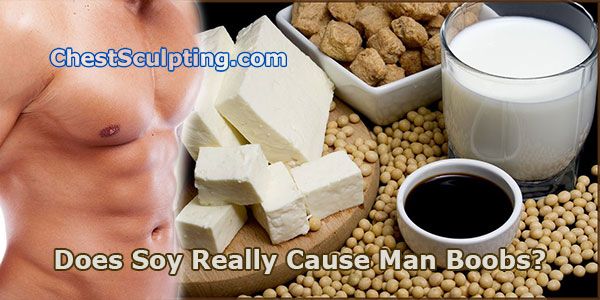 Soy is the secret weapon Japanese women use to cut their breast cancer risk down to 1/5 of the risk Western women have, as found in a 2008 study.

But like the Japanese women, it's important to stick to minimally processed, fermented forms of soy. More on this in a minute.

Soy contains weak, naturally-occurring phytoestrogens. Many studies have shown that regular consumption of phytoestrogen containing food reduces cancer by reducing the effect of estrogen on the body.


“But How is This So if Soy Contains Estrogen?”

Well the phytoestrogens in soy have a very weak effect compared to normal human estrogen or estrogen from animal sources. These phytoestrogens compete for the same hormone receptors and so reduce the effect of normal estrogen which has a much more potent effect on the body. They act as what's known as ‘competitive inhibitors' of estrogen.

Phytoestrogens are found in soy milk, tofu, quorn, tempeh and miso, plus pulses, linseeds and a variety of vegetables.

Lately however, soy has gotten a bad rap in the media. Celebrities that have gotten fat for pigging out on sodas are blaming their increased soy consumption for their man boobs. Here's a headline from 2009:

Since soy became so popular in such a shockingly brief period, becoming a suitable replacement for dairy and even infant formula, journalists took the opportunity to jump at any shred of questionable evidence that soy could be bad for you, just so they could make big eye-catching headlines like the one above, and:

Some research has shown that isolated isoflavones (phytoestrogens in soy), contribute to the growth of tumors in the breast, endometrium and uterus. This research has focused particularly on genistein, the most active soy isoflavone that activates estrogen receptors in breast tumors.

But soy, like all other whole-foods, does not equal the sum of its parts. Experts in the field agree that research with isolated soy isoflavones, does not carry over very well to the effects of the whole food.

Studies do indeed show that when the various different isoflavones in soy are taken together, they have a powerful anti-estrogenic effect, and can protect you from your own elevated levels of estrogen, from estrogens in animal foods and dairy, and possibly even from xenoestrogens in environmental chemicals.

It's also important to note that multiple studies (also here and here) have found neither soy nor isolated isoflavones cause an increase in breast density, which is really what we man boob sufferers are worried about.

Now I agree that there was a time (i.e. before 2009) when soy intake, especially for breast cancer sufferers, was questionable. Doctors would tell their breast cancer patients to avoid soy. At the time it was good advice because there was not enough evidence to suggest that soy was safe.

But now, in the last few years, there have been several prospective cohort studies (involving a total of nearly 10,000 women) that have found that eating whole soy foods does not increase breast cancer risk, nor aggravate existing breast cancer, nor increase its recurrence.

On the contrary, these studies suggest that increasing soy consumption is associated with lowering the risk of recurrence and death from breast cancer.

Other studies have chimed in to show that increased soy consumption reduces other estrogen-sensitive cancers as well, such as lung and prostate cancer.

“So I Should Start Guzzling Down On The Soy Milk Then?” 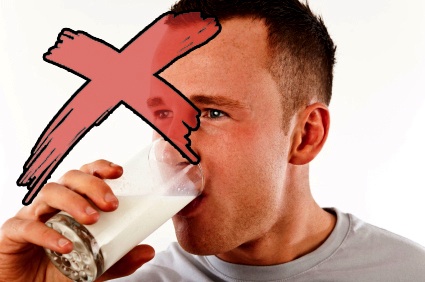 Soy milk is not a health food

Processed, unfermented nonorganic soy is to be avoided.

It's important to get only organic soy because 91% of the soy grown in America is genetically modified (GM) to withstand the use of toxic pesticides. Soy has one of the highest pesticide contamination levels of any crop.

Also, the processing of soy involves acid washing, neutralization solutions, and high temperature heating. Many of the original benefits of soy are destroyed when they are processed. Monosodium glutamate is also often added to processed soy to improve its flavor.

It's important to get fermented soy because the process of fermentation reduces phytate levels in soy. Phytates are known to block the body’s absorption of key minerals like zinc, magnesium, calcium and iron.

As mentioned earlier, good sources of soy include fermented tempeh, miso, natto and traditionally prepared soy sauce. Be careful with soy sauce though, because many varieties available in the west are made using an artificial, chemical process.

Here's a short list of common soy products you should avoid:

“How Much Soy Should I Take?”

As with everything, don't go overboard. A moderate helping of healthy fermented soy on a regular basis will significantly help to reduce the effects of estrogen on your body.

Several epidemiological studies show as little as 10-15 grams of soy a day can have a positive impact on your health and a powerful enough anti-estrogenic effect to reduce recurrence and mortality from breast cancer. You'll get this amount of soy from 1-2 servings of most soy foods. It doesn't hurt to up the ante and consume more. Some of my clients take up to 80 grams a day with great results. But everyone responds differently. I advise you experiment with different amounts and see how things go.

What Else Can I Do To Lose My Man Boobs?

Soy alone won't get rid of your man boobs. What you need is a multi-faceted approach that involves the right type of diet, and the right type of chest-flattening exercises. To learn more, click the following link to watch a free video on how to lose man boobs naturally: