Dairy milk the way it is in most places today, is bad for you. 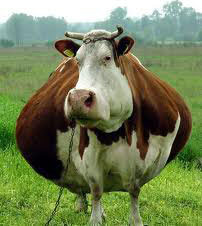 Milk in most places in the West is also pasteurized. This means it is heat-treated to kill bacteria. Unfortunately though, the heat denatures and destroys the protein in your milk, and also kills off a load of its healthful vitamins and minerals.

The bottom line for me, is the fact that studies show drinking pasteurized dairy milk results in increased estrogen levels and decreased testosterone levels, an effect that lasted for 4 hours or more after participants drank around 4 glasses of milk in 10 minutes.

I personally noticed that my efforts to lose man boobs got a lot easier as soon as I stopped drinking dairy milk. I also lost weight, my asthma improved, and the stiffness in my damaged left knee (from a previous road accident) went away.

Sure, these improvements in my health had a lot to do with my low carb diet, but I know that quitting milk played a big role too.

So What Are Some Good Alternatives To Dairy Milk?

I told you in a previous article, about Brazil nut milk. In that article, I also talked about other healthy milks I had tried, including coconut milk and almond milk.

I've given up trying to find one single dairy milk alternative that can match dairy milk exactly. Brazil nut milk comes close, but it still has that creamy Brazil nut flavor. Brazil nut milk tastes amazing by itself, maybe even better than whole dairy milk, but when you add it to tea, it has a bit of an empowering flavor that I don't really want in my tea.

Today though, I'm really excited to be able to tell you about my new discovery, which is cashew milk.

Cashew milk is very mellow, I find it kind of bland when I drink it by itself, but that's exactly what I want it to be when I add it to my tea, because it means there's no over-empowering taste.

In fact, I'm being totally honest with you when I tell you that when I drink tea with cashew milk in it, no matter how much cashew milk I add, I cannot tell it apart from tea with dairy milk added to it. 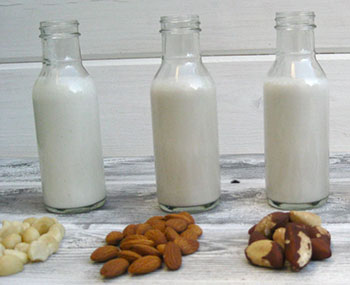 So now, my fridge has three bottles in it: one with almond milk, one with Brazil nut milk and one with cashew milk. I drink almond and Brazil nut milks straight from a glass when I feel like I want to drink something that tastes great and boosts my testosterone levels at the same time, and I use cashew milk in my tea.

These three nut milks together, leave me no reason whatsoever to crave or want any dairy milk whatsoever.

The Health Benefits Of Cashews

Cashews are an excellent source of monounsaturated fat, which help to boost testosterone. Like other healthy nuts, they're also known to help you lose weight.

Why Cashew Milk May Be The Healthiest Nut Milk Around

Almonds, Brazil nuts, chestnuts, hazelnuts, macadamia nuts, pecans, pine nuts, pistachios and walnuts, are all great nuts that do wonders for your health, but which single nut is the best for your health?

I'll be damned if I know!

But what I can tell you, is that when it comes to nut milks, cashew milk is probably the healthiest of nut milks there is.

Why is this so?

This is because unlike with other nut milks, with cashew milk you don't have to strain the pulp from the liquid mixture, since the nuts blend entirely into the water. This means that cashew milk retains all of the fiber and nutrients present in the cashews!

So all that copper, magnesium, manganese, phosphorus, vitamin K and testosterone-boosting monounsatruated fat, goes straight into your milk.

Since no nuts go to waste in the process, it makes this milk more cost-effective than others…

And by far the best thing about cashew milk is this…

It's 10x easier to make than other nut milks, and you can do it in a fraction of the time!

No straining through a cheese cloth or a nut bag means you put the stuff in a blender, then straight into a glass jar for storage.

It couldn't be easier!

How To Make Cashew Milk

Are you ready to do something seriously easy? Then let's get to it.

Please remember: since you're not separating any pulp out, you'll get a much higher volume of milk by using the same amount of nut. So if you were using 2 cups of Brazil nuts for making Brazil nut milk before, you might want to stick to 1 cup of cashews.

Here's a good video that shows you how it's done: