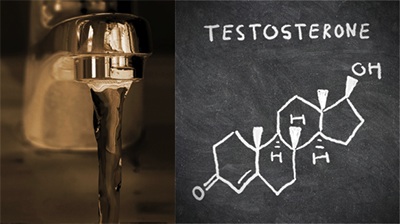 Texas, March 21, 2013–Ever since the Industrial Revolution and American Civil War, men have been accused of being less ‘manly’. Some say this is a result of women becoming too protective of their sons, having lost husbands and fathers in the war. Others argue the replacement of manual labor with machines is to blame.

Now, however, we know there is something more insidious at work. Trihalomethanes (THM), the most abundant class of disinfectant byproducts (DBPs) in drinking water, have been found to lower sperm counts and testosterone levels in men.

“Our results indicate that elevated THM exposure may lead to decreased sperm concentration and serum total testosterone” says Qiang Zeng, author of the study in Huazhong University of Science and Technology, Hubei, China. Although the study was based in China, THMs are present in the drinking water of all countries where chlorine is used to disinfect drinking water. This includes the US.

According to the United States Environmental Protection Agency, “they [disinfectants] react with natural organic and inorganic matter in source water and distribution systems to form potentially harmful DBPs. Many of these DBPs have been shown to cause cancer and reproductive and developmental effects in laboratory animals.” The above study suggests this may also be true for humans.

Studies suggest that men today have around 20% less testosterone than men the same age did just two decades ago. Low testosterone has been associated with a myriad of different symptoms and conditions in men, including obesity, depression and low self-esteem, age-related symptoms, reduced libido, erectile dysfunction and reproductive problems, and reduced cognitive ability.

It's Not Enough to Install Water Filters

Men’s health expert, Garry Davidson, advises on how to respond to the findings of the study. Davidson, who helps men increase testosterone levels via natural methods, claims there are multiple different environmental toxins and lifestyle factors that are making today’s men less virile. “Installing water filters in your house is just one piece of the puzzle,” says Davidson. “Lifestyle factors and chemicals used in food, cosmetics and other household products are also to blame.”

The Key to Boosting Testosterone Levels

Davidson advises the key to reverse today’s decline in testosterone and male virility is “self education”. “We know that chemicals play a big role in the recent decline in testosterone levels in men, a role that’s independent of lifestyle and the current trend in obesity. The best way to preserve your health and masculinity is to learn about these chemicals and do what you can to avoid them. Install water filters in your house, avoid processed food, and go organic where you can.”

Davidson recognizes some of these changes can be difficult for most in today’s economic climate. “Chemicals can be expensive to avoid, but what a lot of people don’t realize is that simple lifestyle changes can reverse the effects of chemicals by significantly boosting resting testosterone levels. I’ve had clients who have more than doubled their testosterone, just by getting more sleep, avoiding stress, exercising, eating well and losing weight.”